Updating your server to Alpha 19 Experimental

Alpha 19 - the next major version of 7 Days to Die - was released as an experimental version in July 2020.

7 Days to Die is in Early Access. This means that things don't always work properly — especially with game updates.

Alpha 19 Experimental does not work with Alpha 18 or earlier maps/worlds. This means you'll need to start a new world after you change your server's version. You can do this by reinstalling your server after you've updated to the experimental version, or by changing your world seed/size and restarting if you're running a RWG (Random Gen) world.

If you're running mods, your mods might need to be updated for Alpha 19. If a mod author hasn't updated their mod to work with Alpha 19, you'll have to remove it.

Expect bugs! We can't help with most issues you might run into when you're running the experimental version. The 7 Days to Die team has a list of known issues for Alpha 19. Please check that list if you're having an issue. If your issue is in the list, the game developers already know about it, and you'll have to wait for them to fix it. That could be in another experimental version or it could be in the stable version.

New versions or "builds" of the experimental version are often released - usually about once a week. Your server will automatically update if you have automatic updates enabled on your server's Settings page.

Alpha 19 Experimental does not work with Alpha 18 or earlier maps/worlds. This means you'll need to start a new world after you change your server's version.

1
Open your server's dashboard in the control panel.
2
Click Settings in the navigation menu. 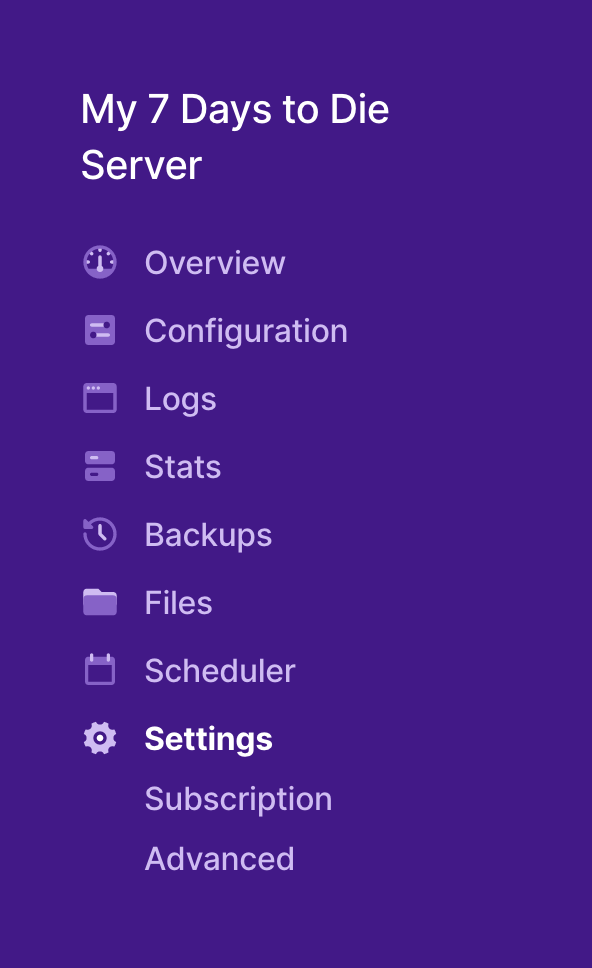 3
Scroll down to Change your server version. Read our big yellow warning, then change your Game version to Experimental. Click Change version, and then confirm our second big scary warning. 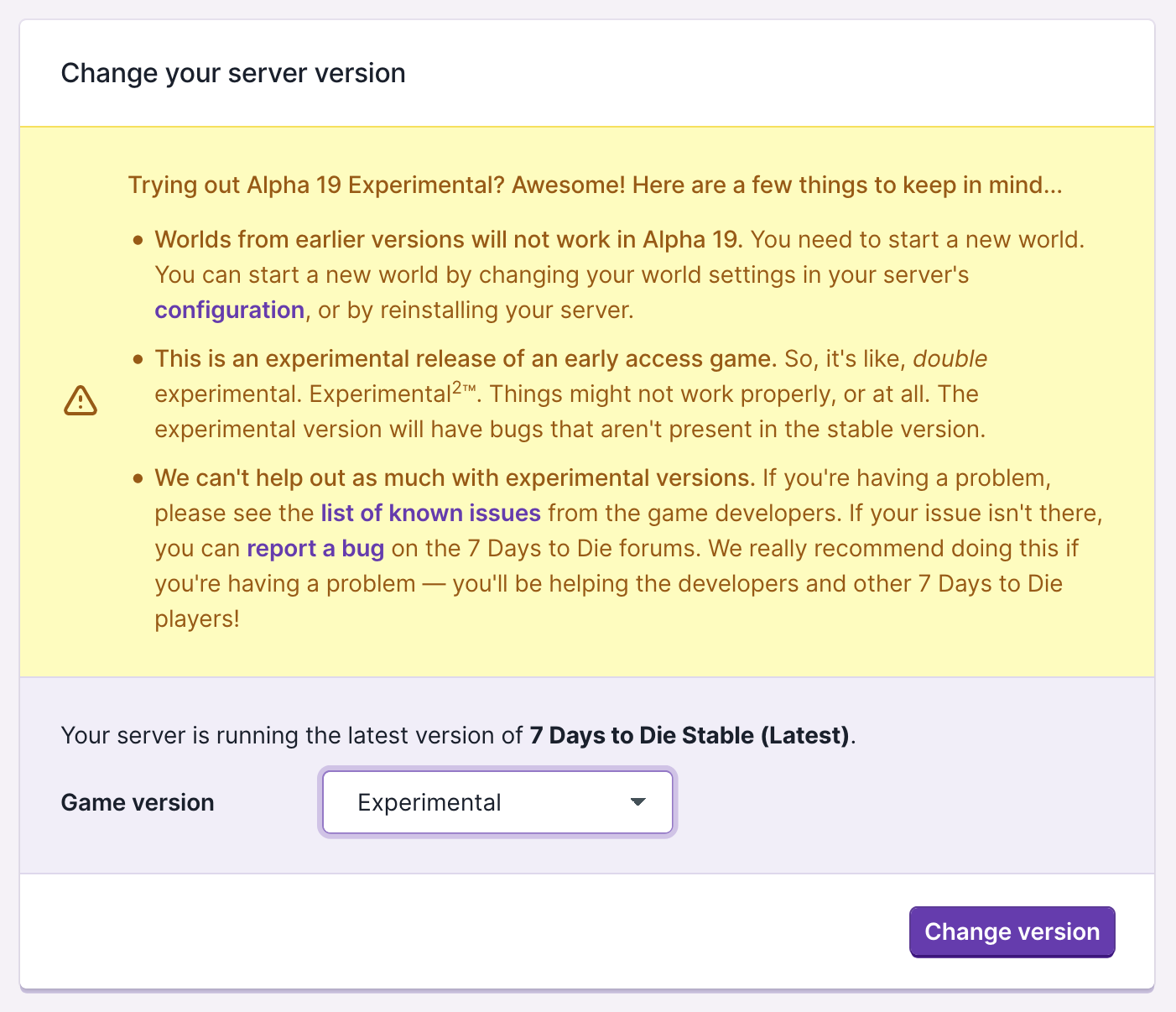 Changing back to the stable version

Did this answer your question? Thanks for the feedback There was a problem submitting your feedback. Please try again later.